The Rest Is Silence (Deluxe Edition)

by The Von Deer Skulls 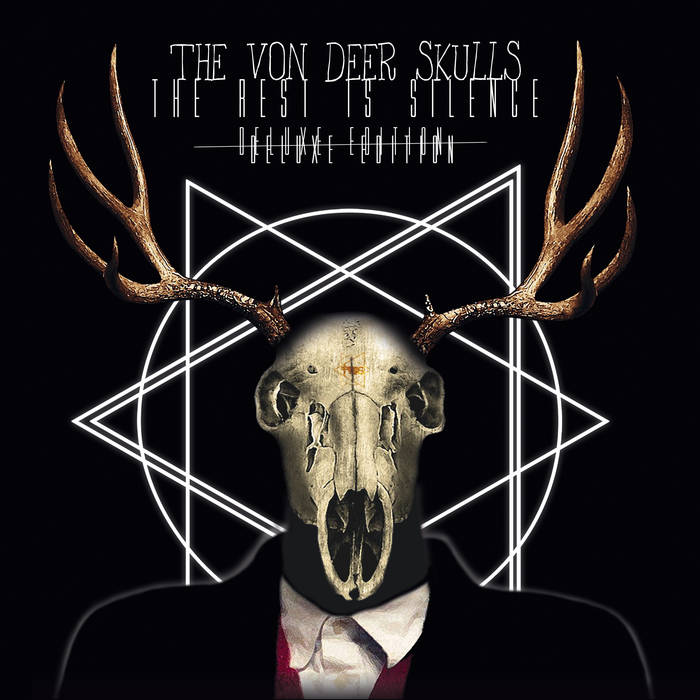 boatman81 Great atmosphere. I'm picking up a bit of a Neurosis 'Souls at Zero' vibe. Always a good association!

You can see here the video-clip for the track "Strong & Fragile": www.youtube.com/watch?v=EqIM8Sh6hYc&hd=1

The Von Deer Skulls are :

Between The Y Prod Studio and The Night Lights Studio
Produced, Art Direction, Photos and Paintings by Peter Skull

Thanks to: Love, Zero, Family, Friends and Everyone who support us
you know who you are

We would like to especially thanks our partners in crime: BlackArts Toneworks, BLK TRI Pickups and our musicians friends who collaborated on this record. Thank you so much for supports and opportunities

"All Our Heroes Are Dead / We Are Our Own Heroes Now"

The Von Deer Skulls is a french based (& often masked) Post Doom Rock band with strange origins, the members come from France, Germany and Canada. They work with a visual artist Peter Skull to develop their world.

Bandcamp Daily  your guide to the world of Bandcamp